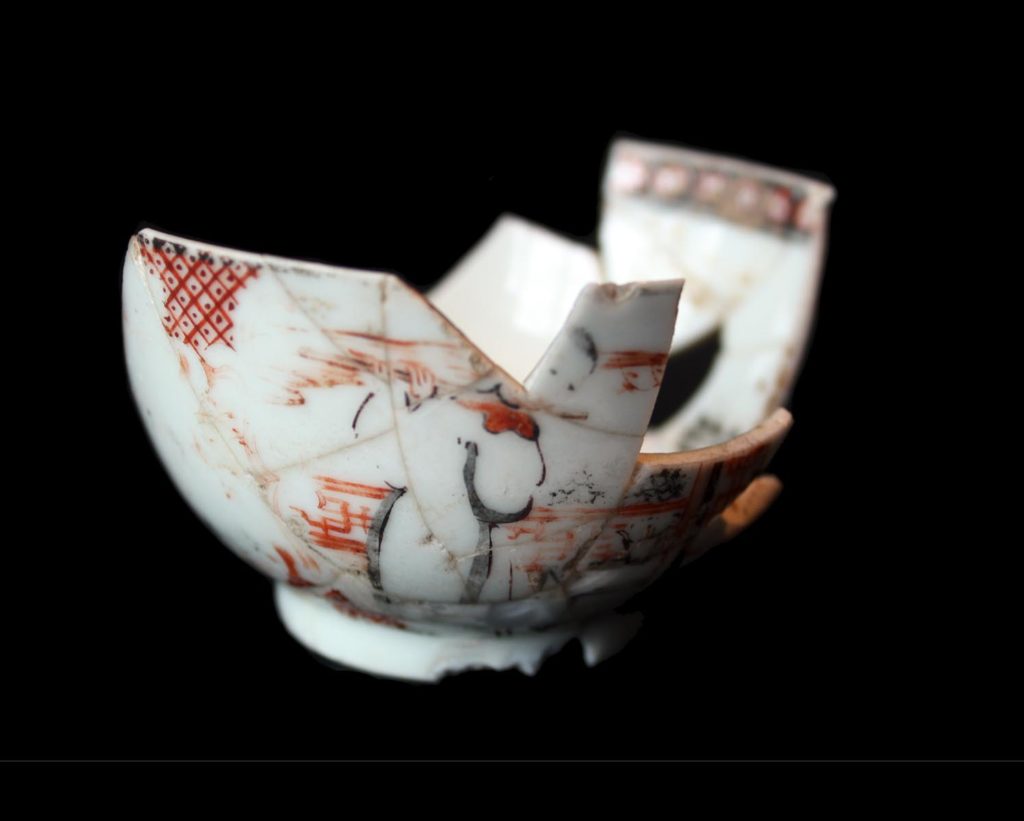 In the Ontario archaeological timeline, Chinese porcelain is associated with some of our earliest Euro-Canadian sites dating to the late 18th and early 19th centuries. Exporting porcelain was a huge industry in China with a long rich history, but by the time Chinese porcelain was making its way to Ontario, production was in decline. By […] 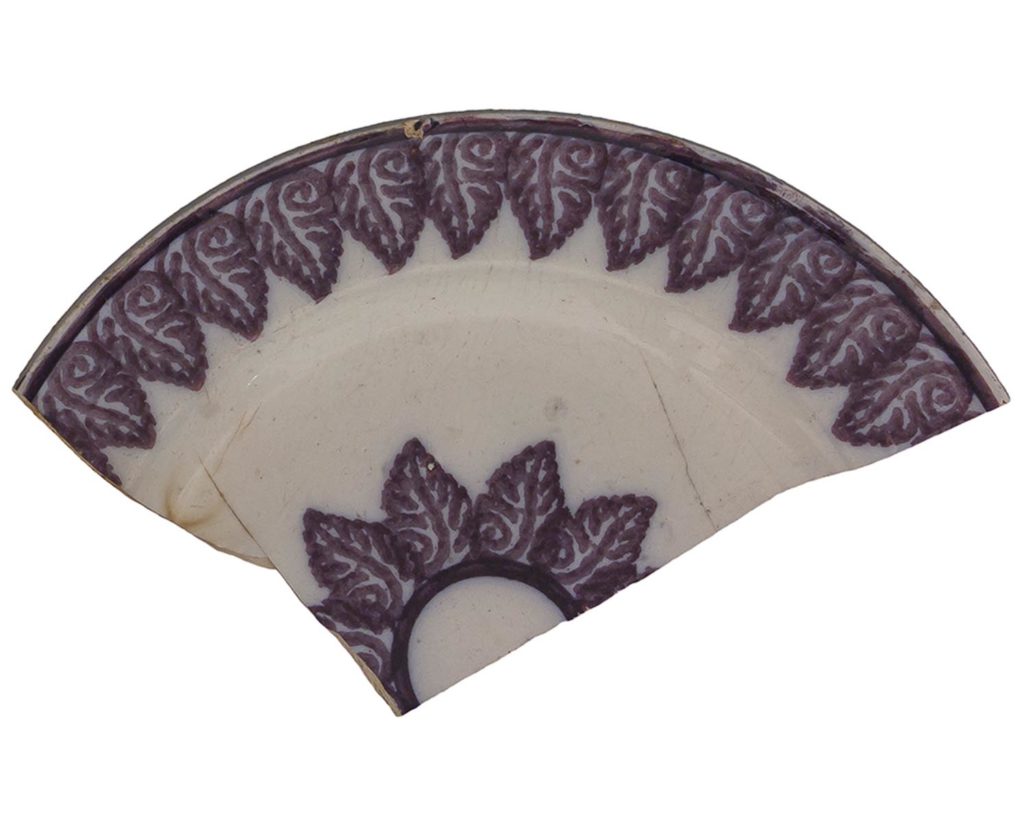 This decoration is created by dabbing colour onto the vessel with a cut sponge or root vegetable. Designs included stars, diamonds, scrolls and daggers, flowers, various geometric shapes, eagles and other animals. From around 1845, it became common to see painted wares in which at least part of the motif was applied with a color-filled […] 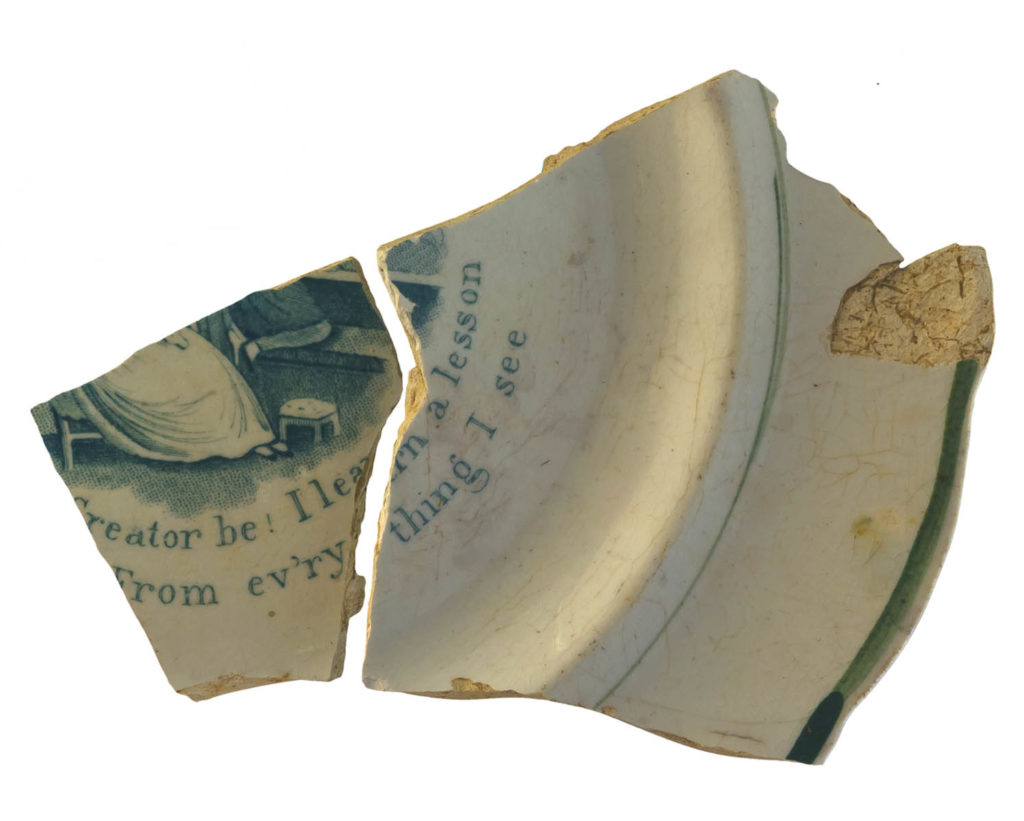 Juvenile transferprint motifs are found on vessels, such as small plates and mugs, that were made for children’s use. These ceramics were often smaller in size and had child appropriate decoration depicting moral lessons, nursery rhymes, educational themes or, images of children at play. Juvenile motifs can frequently be identified by the inclusion of text as well […] 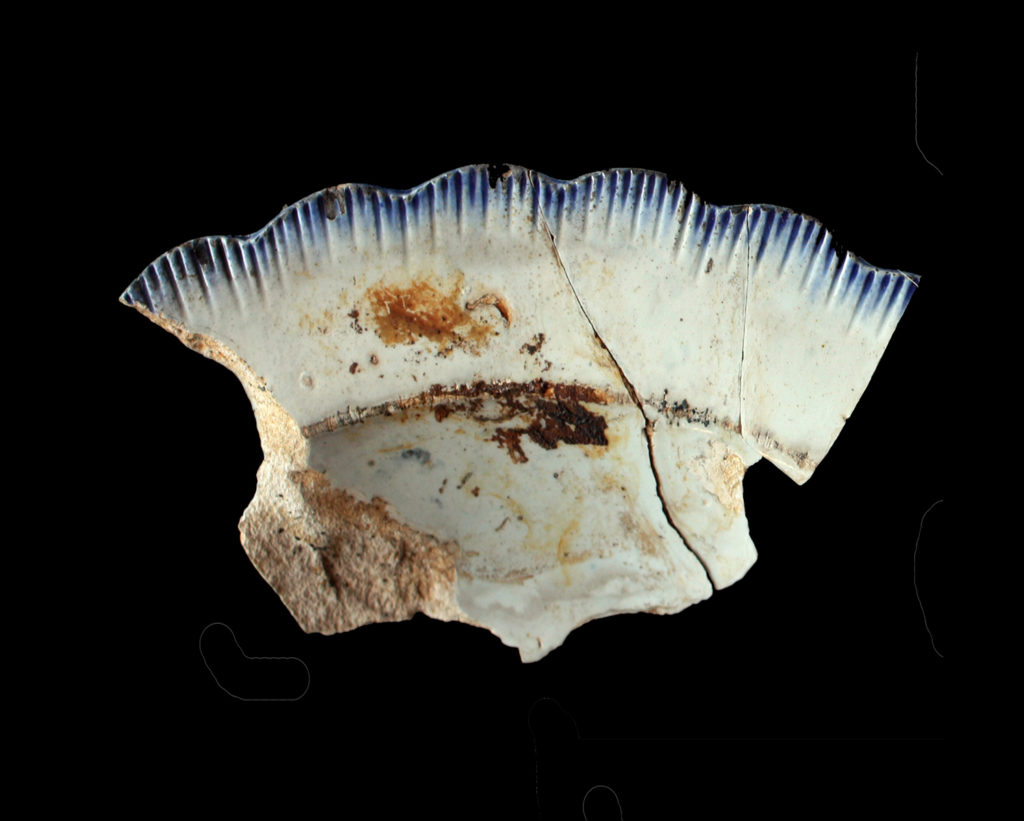 Many ceramic identifications are related to decoration, but when analysing historic ceramics we also look at the matrix of the vessel. White ceramics have evolved over time, and the changes in consistency, colour and glaze can do as much to help us identify a piece as decoration. Pearlware is one of the earlier types of whiteware […] 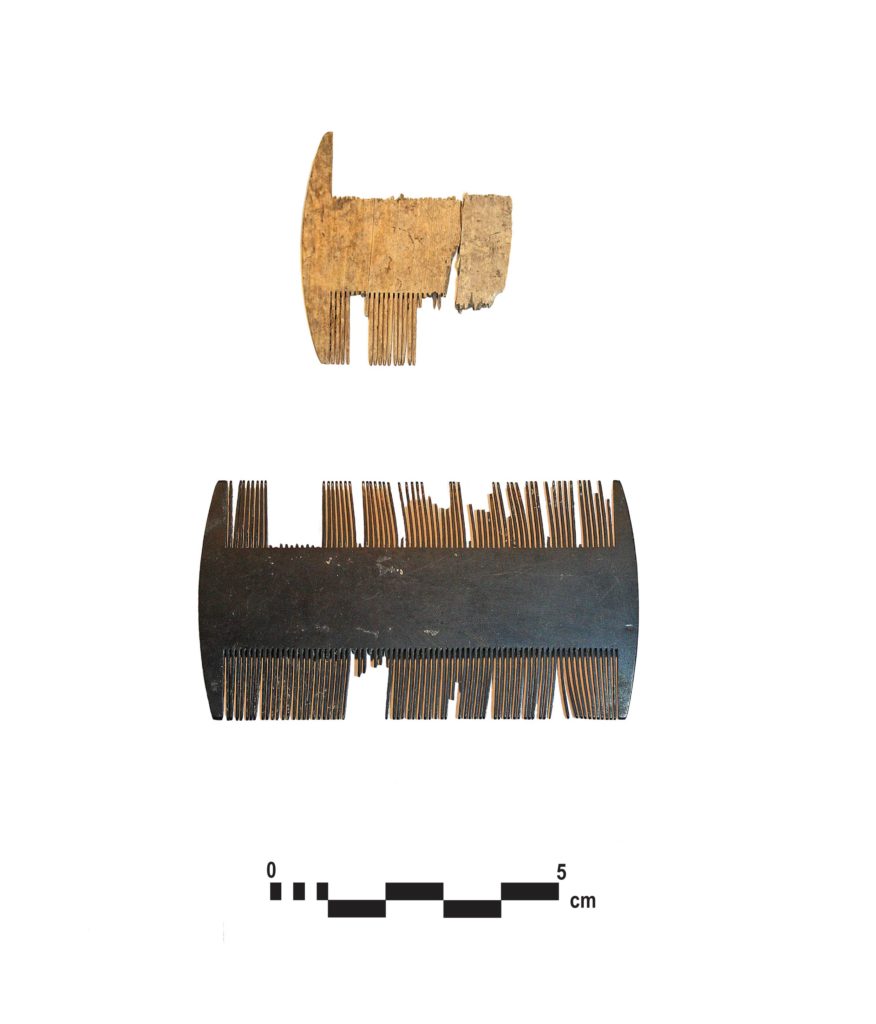 Whether rich or poor, rural or urban, all people in the nineteenth century struggled with lice. Just over a hundred years ago, dealing with lice was a commonplace, unremarkable irritant. In fact, the lice comb is one of the most common personal artifacts that we dig up from Ontario historical sites. We find lice combs […] 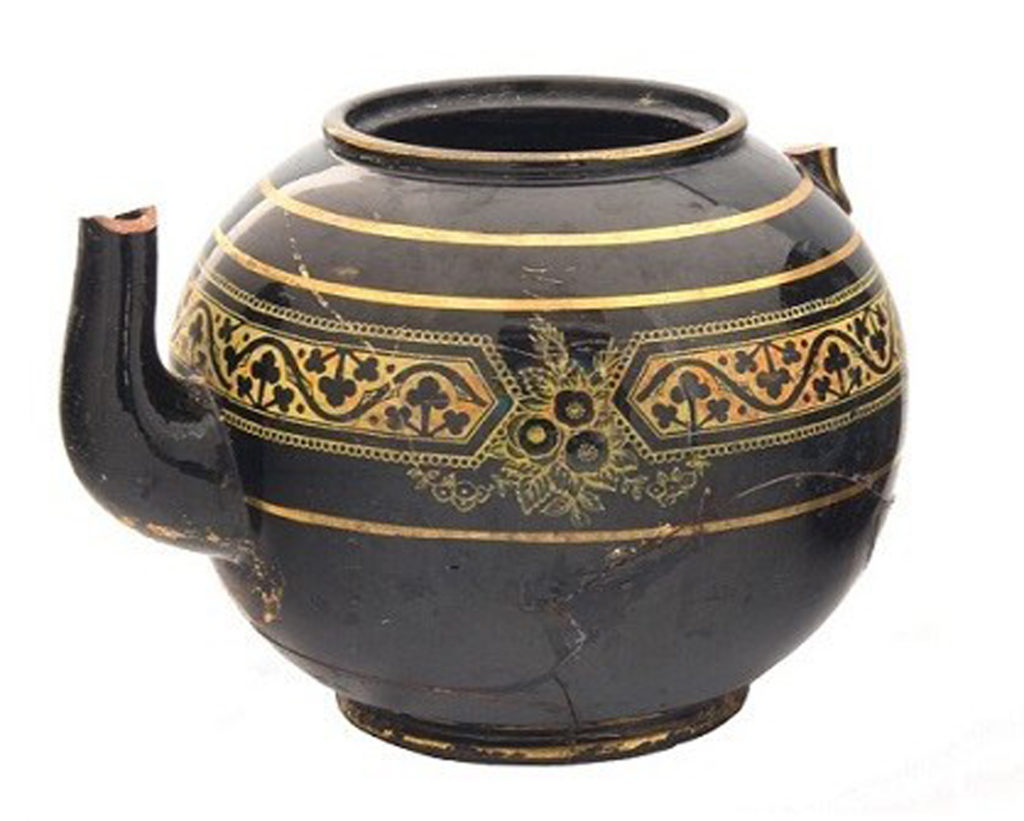 In response to the popularity of Jackfield, several manufacturers began to produce similar, black-glazed vessels. These were less finely made and cheaper. Godden (1991:108) notes that “Jet was particularly associated with inexpensive teapots made in the approximate period 1875-1910.” These black vessels enjoyed resurgence in popularity after Prince Albert’s death, as Queen Victoria’s lengthy mourning […] 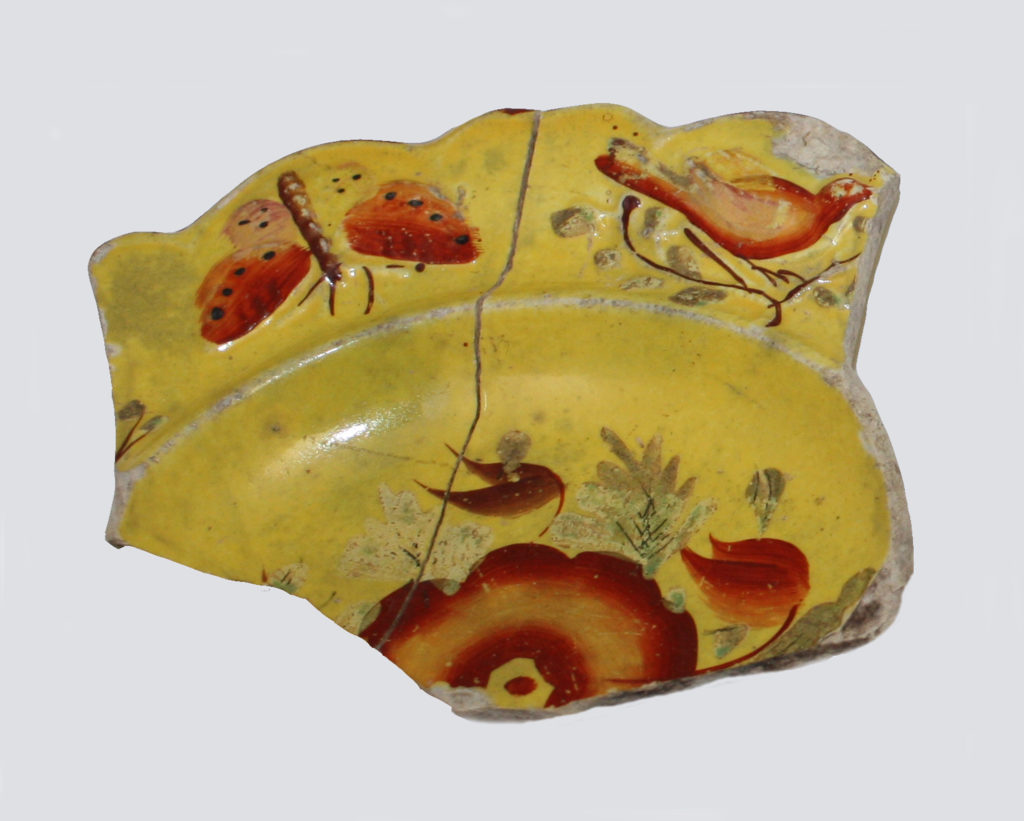 Canary ware is a refined whiteware with a glossy bright yellow glaze, which ranges from pale to deep yellow.  The yellow in the glaze comes from antimony, which is toxic in certain forms. Potters who manufactured canary ware often developed blisters on their skin. Canary ware often has showy decorative motifs, including transfer printed mottos […] 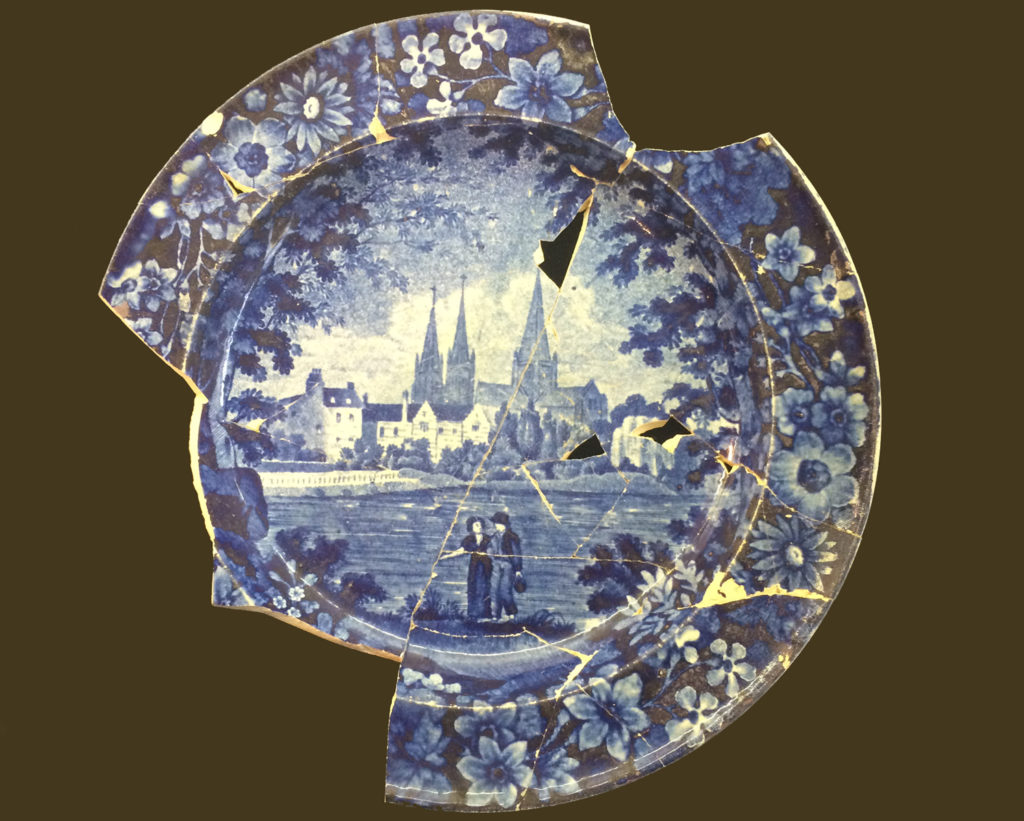 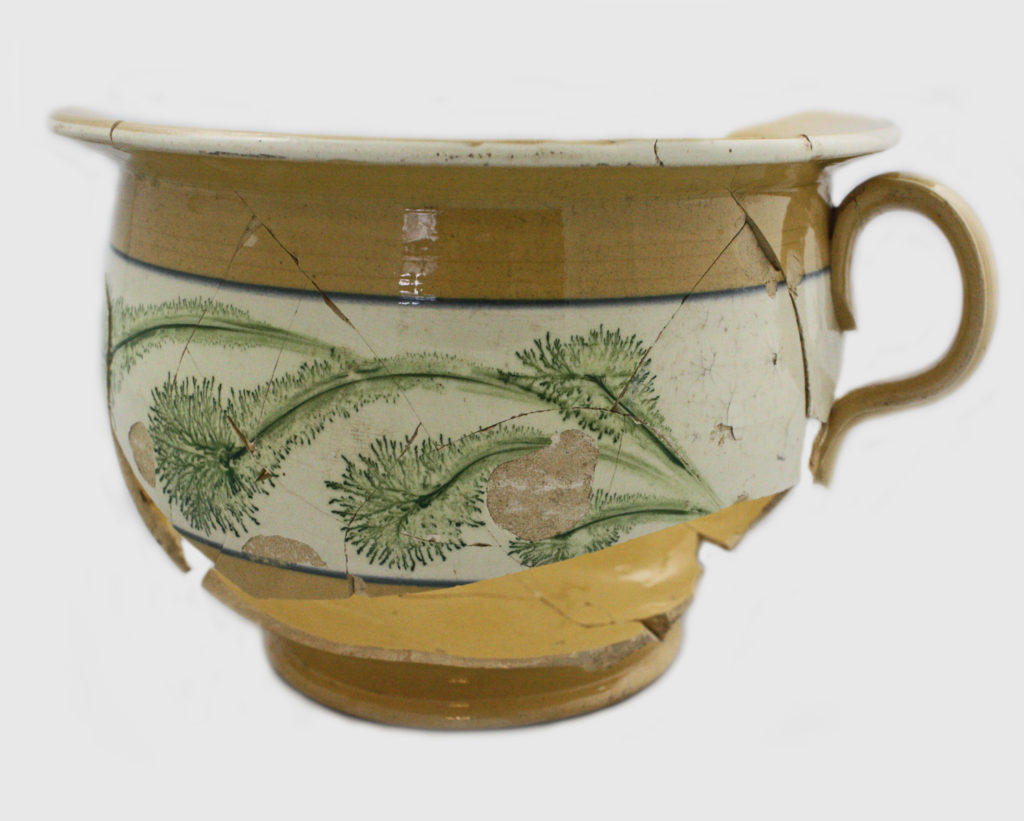 In the nineteenth-century, these flowing designs were sometimes referred to as “seaweed.” The designs were supposed to resemble moss agate, which is also known as “mocha stone” (Priddy 2004:171). The artist used a brush to release drops of a “mocha tea” solution, with a  combination of tobacco, stale urine and turpentine. The design spread instantly into a tree-like pattern […] 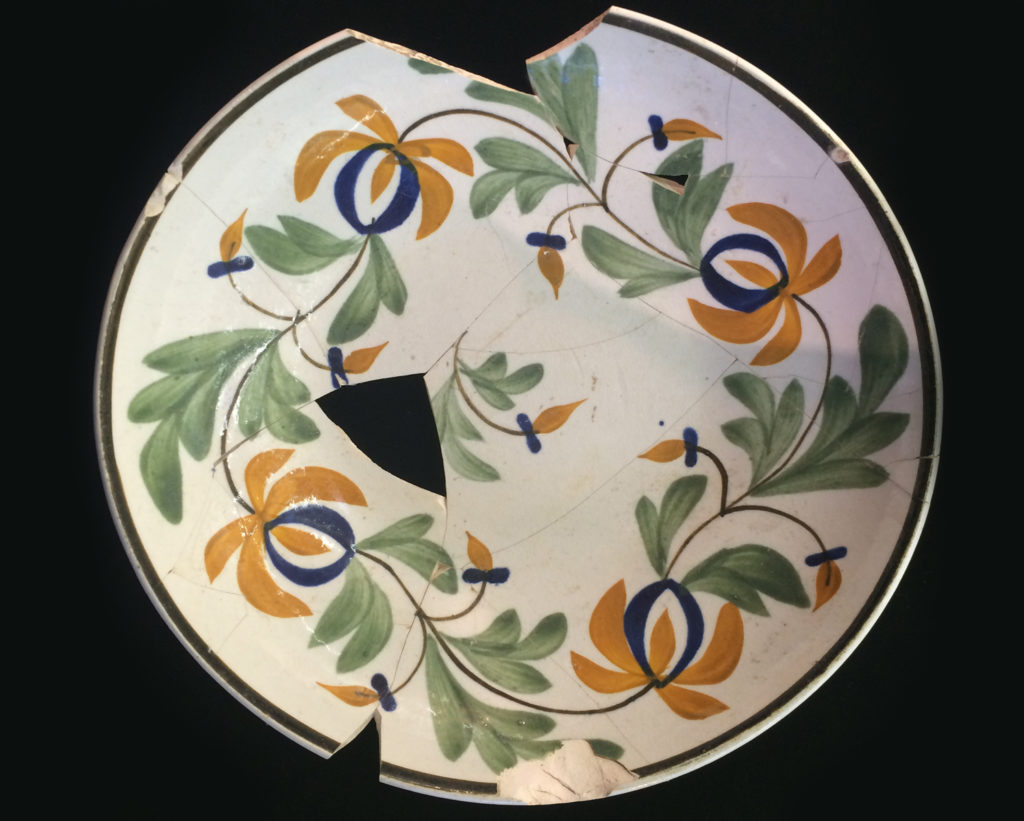 Early hand-painted ceramics are usually pearlware, and the earliest used limited colour palettes, such as cobalt blue. After 1875, hand-painted wares began to incorporate earth tones such as orange (mustard), olive green and brown. The colours red and black did not appear until the 1830s. The hand-painted designs were most often floral motifs, ranging from large blossoms to smaller, more delicate […]