We Are Sharing Our Research!

A Detailed Ceramic Analysis of the Sidey-Mackey Site 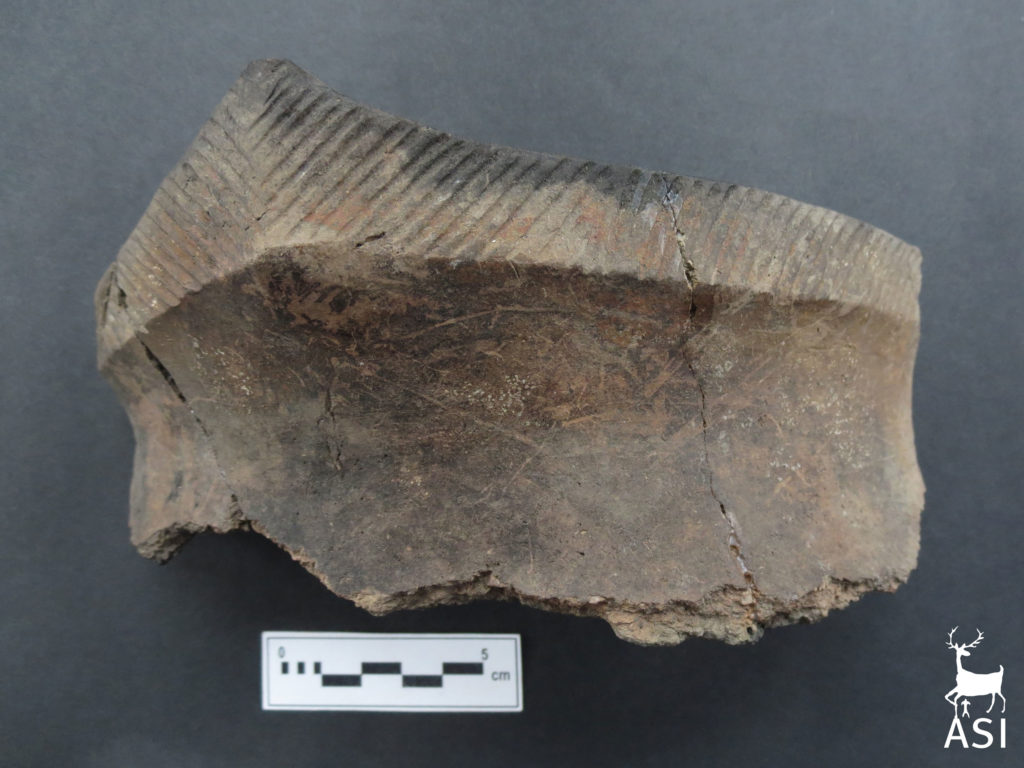 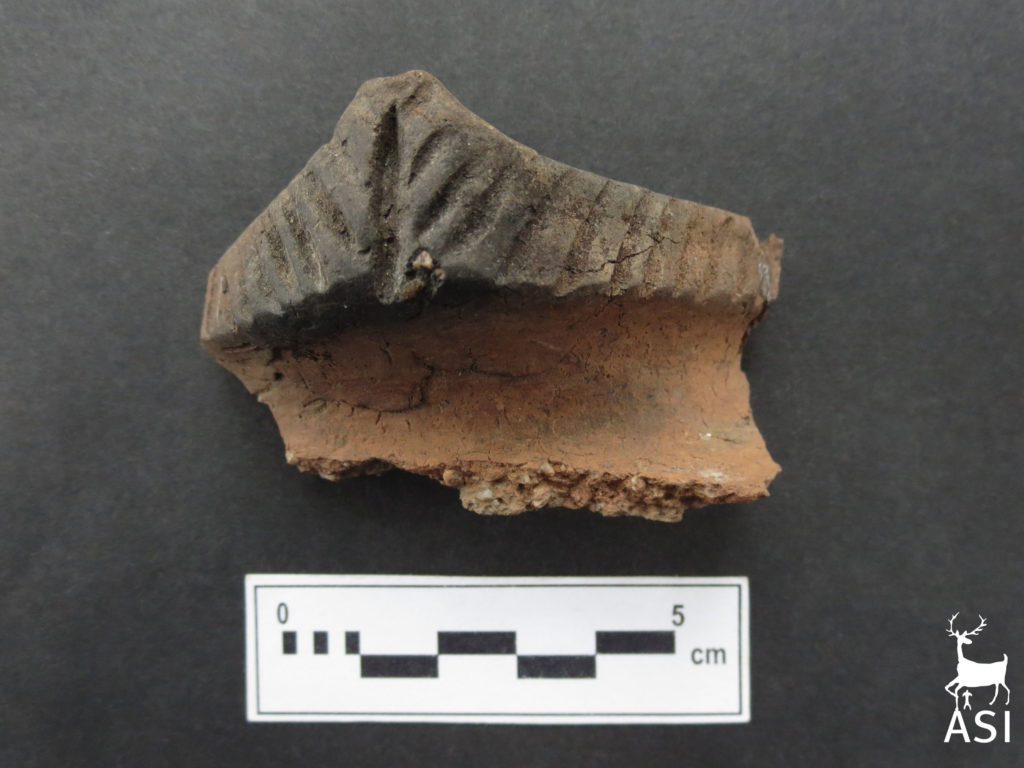 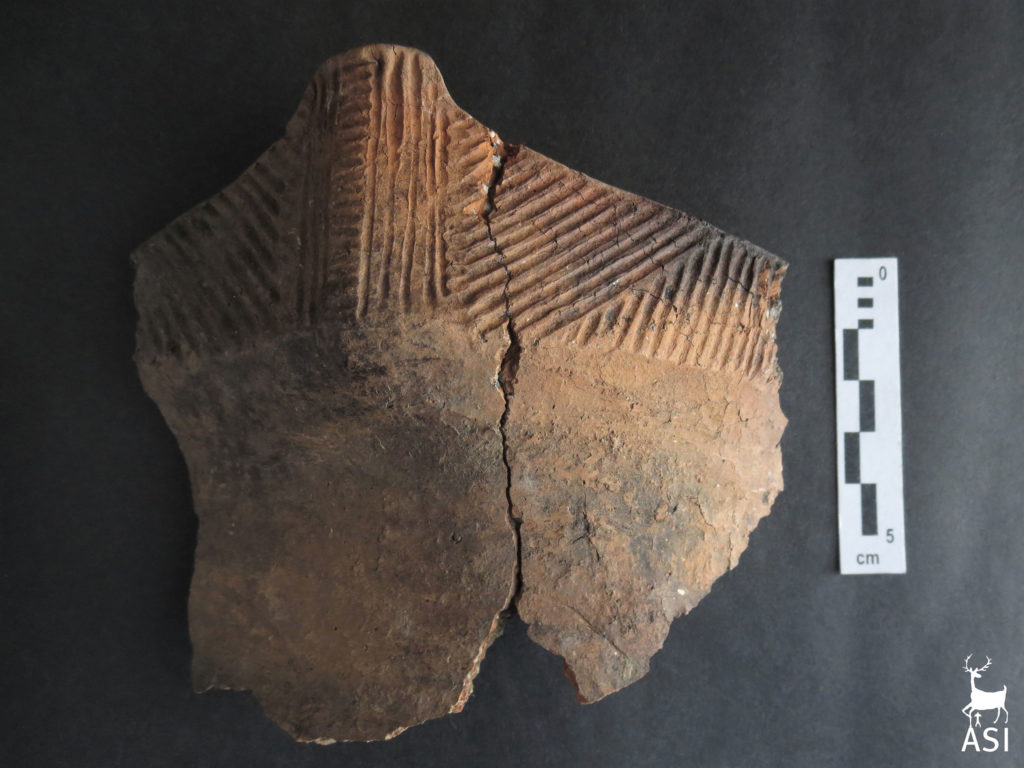 The Sidey-Mackay site is a Tionontaté village that dates to approximately 1580 and is located close to present-day Creemore, Ontario. This was once the home of several hundred people who built longhouses, cultivated the land to grow the three sisters, and created beautiful objects including ceramic vessels. The village was located on a flat terrace above the Mad river valley offering a nice view and plentiful resources.

Excavation History of the Sidey-Mackey Site

The first written reference to the site appears in the Collingwood Saturday News in 1908, which suggests the site was well know by locals. The first formal excavation took place in 1926, when W. J. Wintemberg uncovered approximately 1300 ceramic artifacts. His work from that excavation was published posthumously in American Antiquity, in 1946.

In 1977, Charles Garrad carried out a surface collection and excavated units at the site with the objective of resolving lingering question that arose from the previous work. The preliminary results of the 1977 research were published in the 1978 March/April issue of OAS Arch Notes which is available online. That excavation resulted in the recovery of a further 20,599 ceramic artifacts.

Since the Sidey-Mackey site was identified so early in the nineteenth century, and contained a wealth of intact ceramic artifacts, it became one of the most referenced sites in early southern Ontario archaeology. Sidey-Mackey data has been used in several influential publications including Richard MacNeish’s 1952 “Iroquois Pottery Types,” J.V Wright’s 1966, “The Ontario Iroquois Tradition,” and Peter Ramsden’s 1977, “A Refinement of Some Aspects of Huron Ceramic Analysis.” 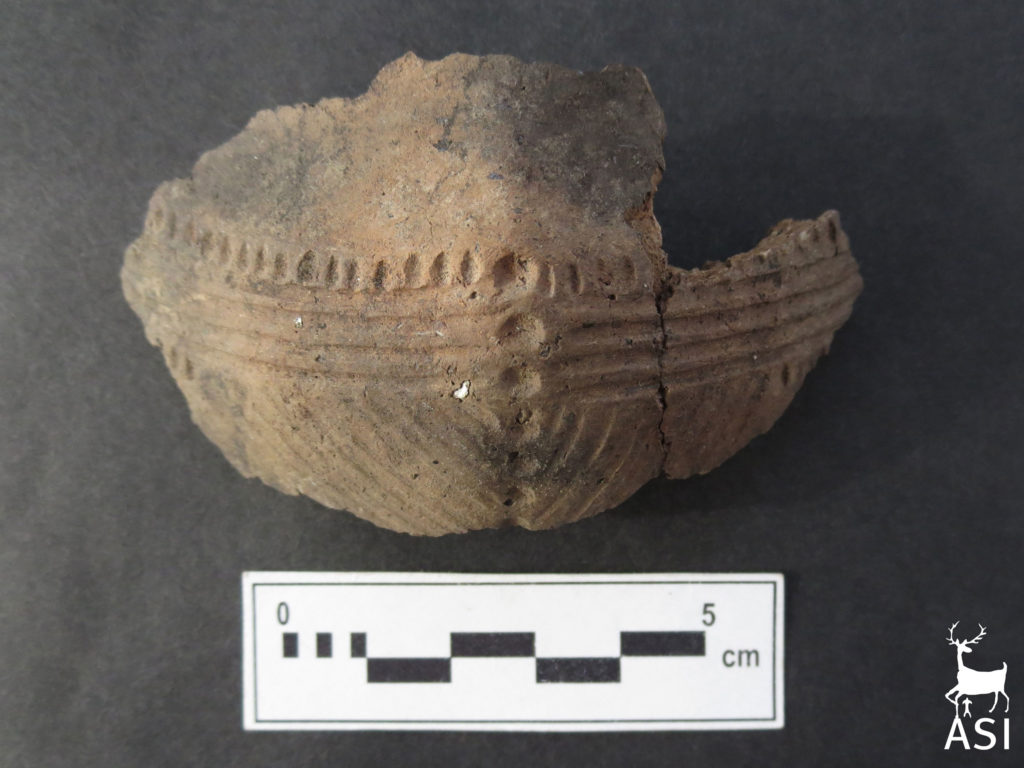 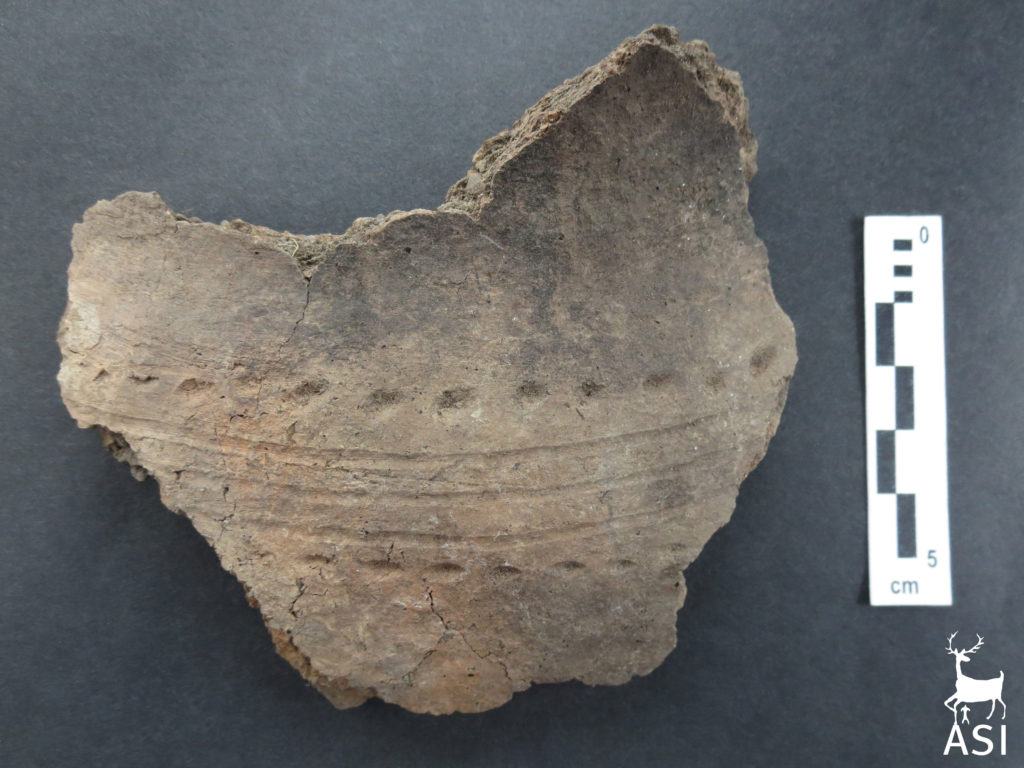 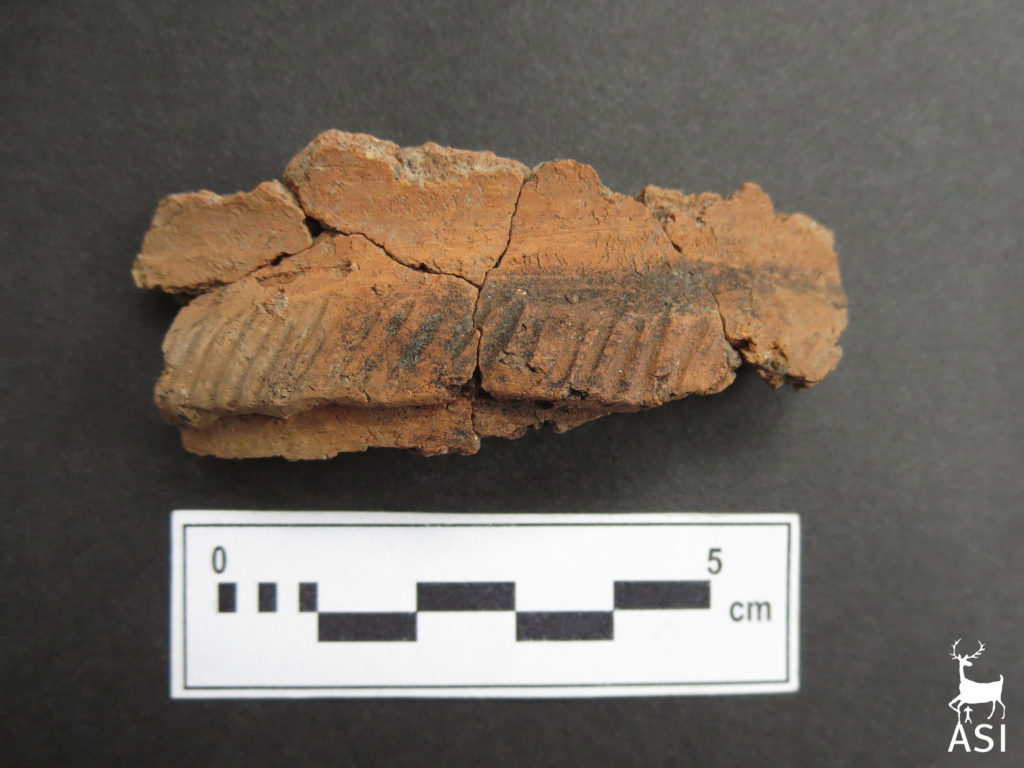 A New Look at A Legacy Collection

Beyond the preliminary assessment presented in 1978, much of the collection remained undocumented until 2021 when Senior Archaeologist Rob Wojtowicz completed analysis of the ceramic artifacts as a part of his ongoing personal research into the history of the Tionontaté.

In the spirit of open data, we are sharing a collection of artifact photos and two data tables from Rob’s research report. If you are interested in seeing more, or want to discuss this research further, please get in touch! Simply message us through the info@asiheritage.ca email, and we will get you connected. 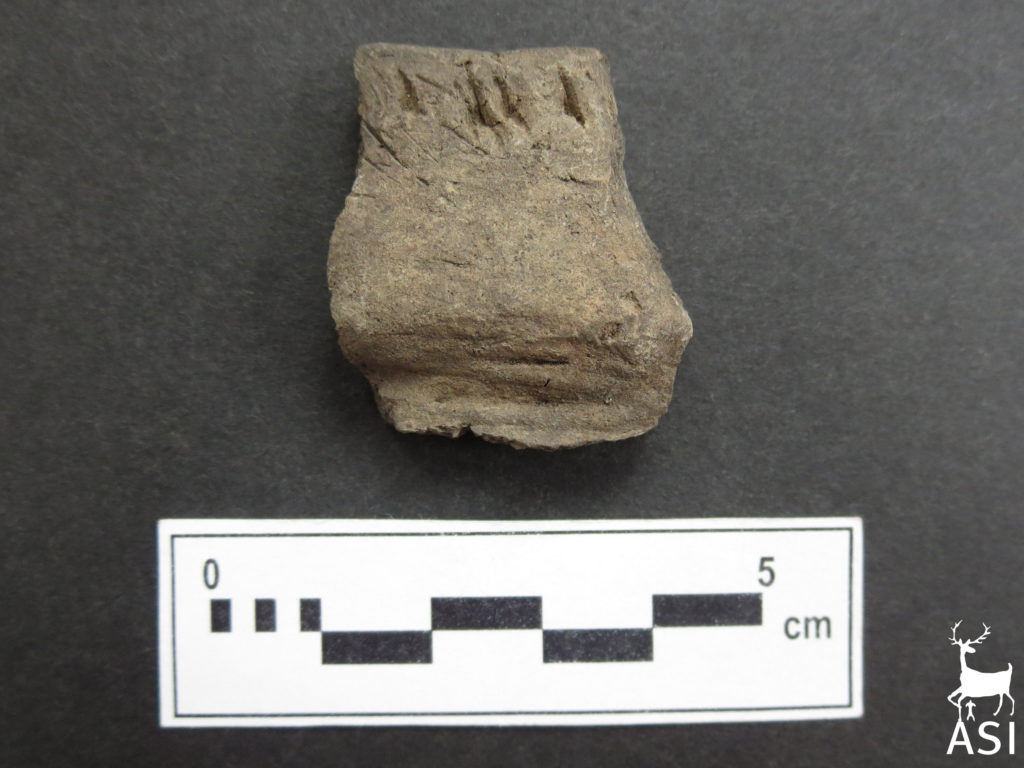 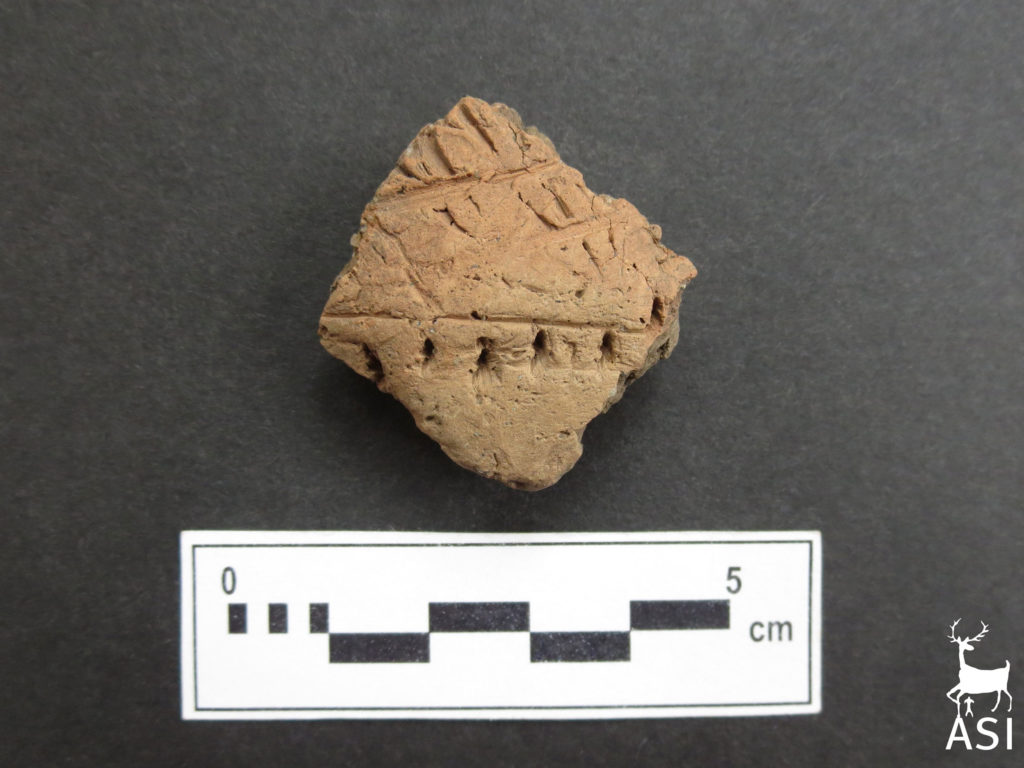 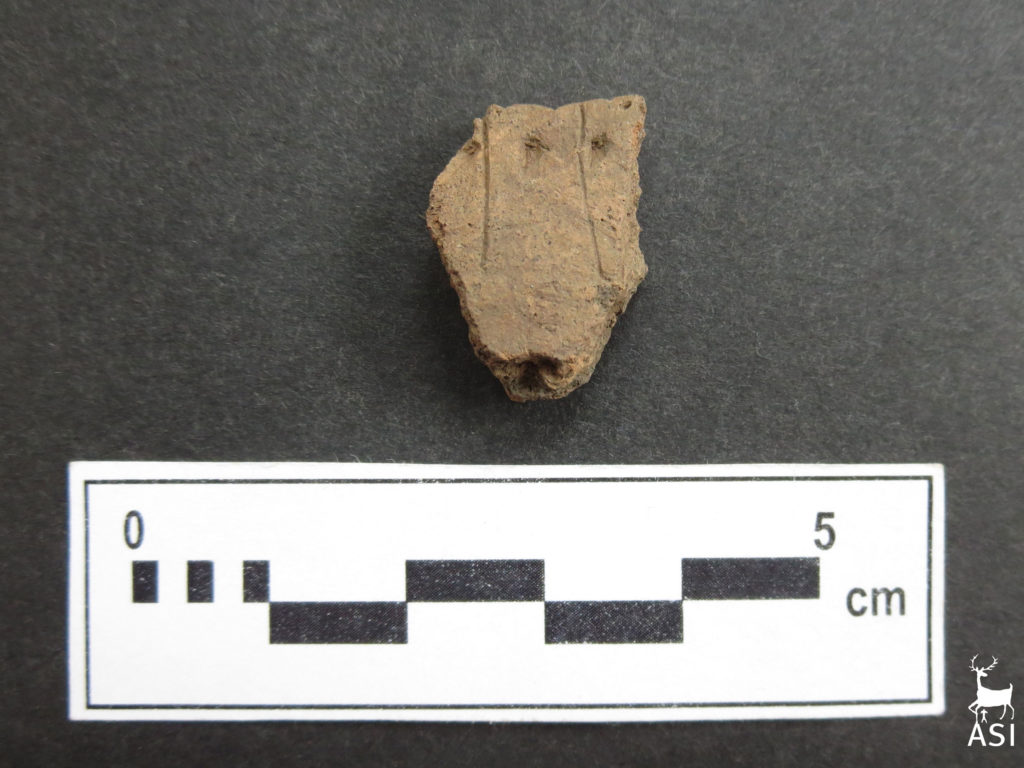 Table 1 displays all ceramic artifacts recovered from the 1977 excavations as well as a previously undocumented 1966 surface collection that was privately held by Garrad. Ceramic fragments that were smaller than 23 mm or displayed excessive exterior exfoliation were classified as unanalyzable. The remainder of the table breaks down the ceramics by portion and classification.

Please be advised differences in the total number of ceramic artifacts between preliminary and final reporting reflects how each analyst quantifies and organizes data.  Any discrepancies in vessel numbers between the 1977 work and this analysis is due to these methodological differences. In the case of the 2021 analysis, whenever possible, all ceramic artifacts were mended prior to analysis to the minimum number by provenience.

The identified vessels were considered analyzable if they exhibited interior and exterior surfaces, a lip, and sufficient exterior collar-neck area to ascertain decorative motif and associated attributes.

Table 2 displays the associated types identified with the vessels and the accompanying photos.

Why revisit this collection? The answer is quite simply because we had the opportunity, and it is our responsibility as archaeologists to document what has been removed from the ground whether that excavation took place 1974 or 2021.

The analysis of this legacy collection has resulted in a more detailed picture of the Tionontate people and the home they built above the Mad River. We hope that sharing this data will inspire other scholars to consider the great untapped research potential of legacy collections.

We would like to thank ASI for donating curatorial supplies needed to analyse and organize this collection.