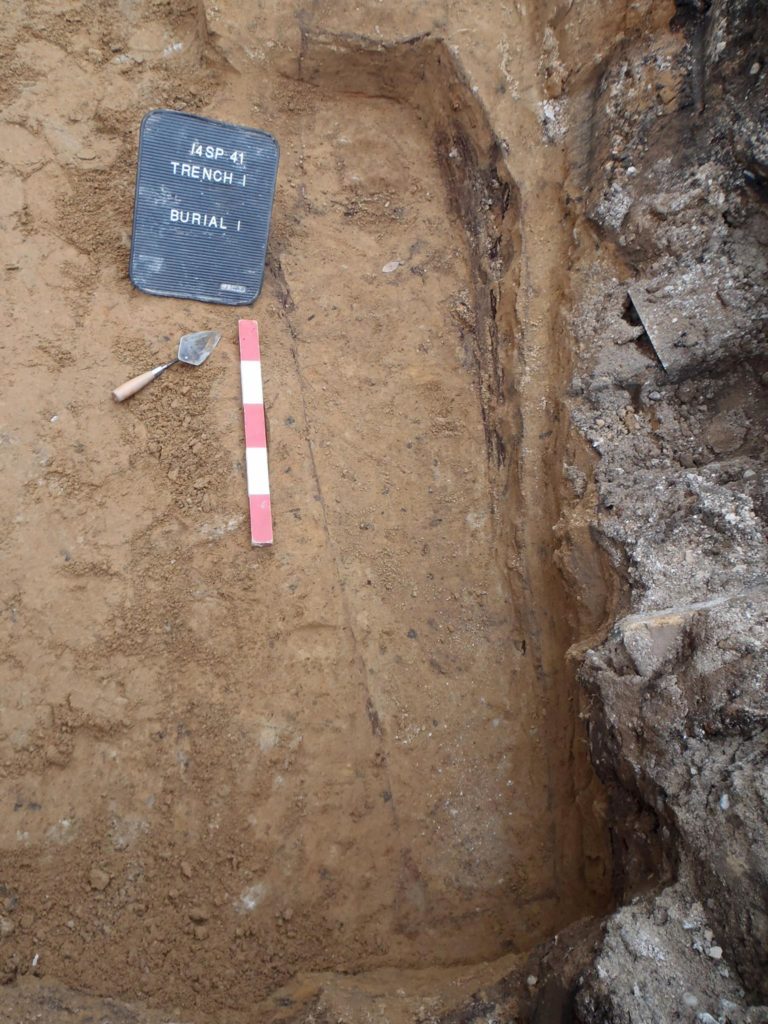 ASI was been retained by the Archdiocese of Toronto to investigate a reportedly closed and relocated cemetery behind St John the Evangelist the church in Weston (Toronto), Ontario. While it is of course not surprising that a cemetery was associated with a nineteenth-century church, it is also to be expected that not all remains were disinterred and moved at the purported time of the relocation.

We are working under a Cemetery Investigation Order to define the nature and extent of the cemetery and, as was reported, we will be busy working on this investigation for another week or two.The ASI team is identifying graveshafts and determining whether there are remains within them. Below are two photos of graveshafts from the church. You can see the dark, organic stain in the yellow subsoil, indicating the location of the graves.

Read and watch the CBC segment on the cemetery project.

Read about the project in The Globe and Mail.

Listen to the report on CBC radio.