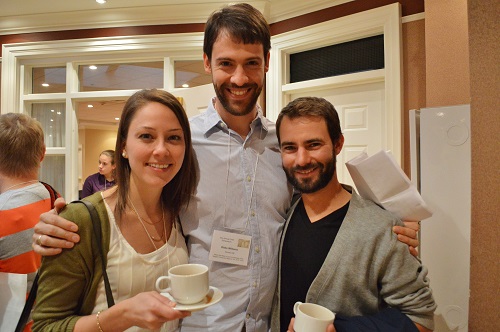 ASI was present at this year’s Ontario Archaeological Society Symposium, held at the Crowne Plaza Fallsview Hotel in Niagara Falls. ASI was the head sponsor for the book launch and opening reception on the evening of Friday, October 25th for the new book Before Ontario: The Archaeology of a Province.

Many ASI staff attended the conference, with some involved in giving papers for various sessions:

Some members of ASI’s staff, as well as long time friends and colleagues of the company, were also the recipients of a number of awards granted by the OAS at the banquet on Saturday October 26th.