A piece of Toronto history unearthed 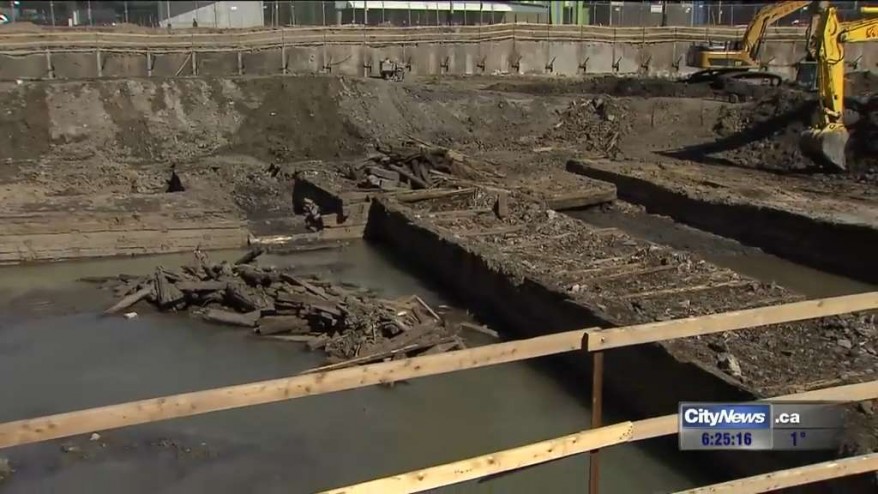 ASI has been on site documenting this portion of the Queen’s Wharf and its associated structures since early March 2015 and we have been involved in this development project for five years. We have investigated numerous other parts of the wharf since 2006.