In honour of Queen Victoria, whose lengthy rule extended from 1837 to 1901, we’ve collected some regal artifacts to share with you while you prepare for this Victoria Day long weekend. These items were recovered from various sites around southern Ontario and they demonstrate the magnitude of her reign and her influence on British Canada in the nineteenth century.

1 The first artifact is a small brass brooch discovered

during the excavations of a site near Brantford (early to mid-nineteenth century). The small brass brooch has an imperial insignia of the crown with thistle (symbolizing Scotland), rose (symbolizing England) and shamrock (symbolizing Ireland) and a “V” prominently in the centre. Thus, the brooch is celebrating the union of Scotland, England and Ireland under the rule of one monarch—Queen Victoria.

2 Our second Victoria Day artifact is from a historical site in the Township of South Dumphries, County of Brant, dating from the mid-nineteenth century through to the early twentieth century. The item is a Canadian dime dated to 1871, with a young Queen Victoria in profile (facing left) and the writing “VICTORIA DEI GRATIA REGINA / CANADA” on the perimeter. The reverse has a wreath of leaves with a crown at the top and a ribbon at the bottom with writing in the centre “10/CENTS/1871.” 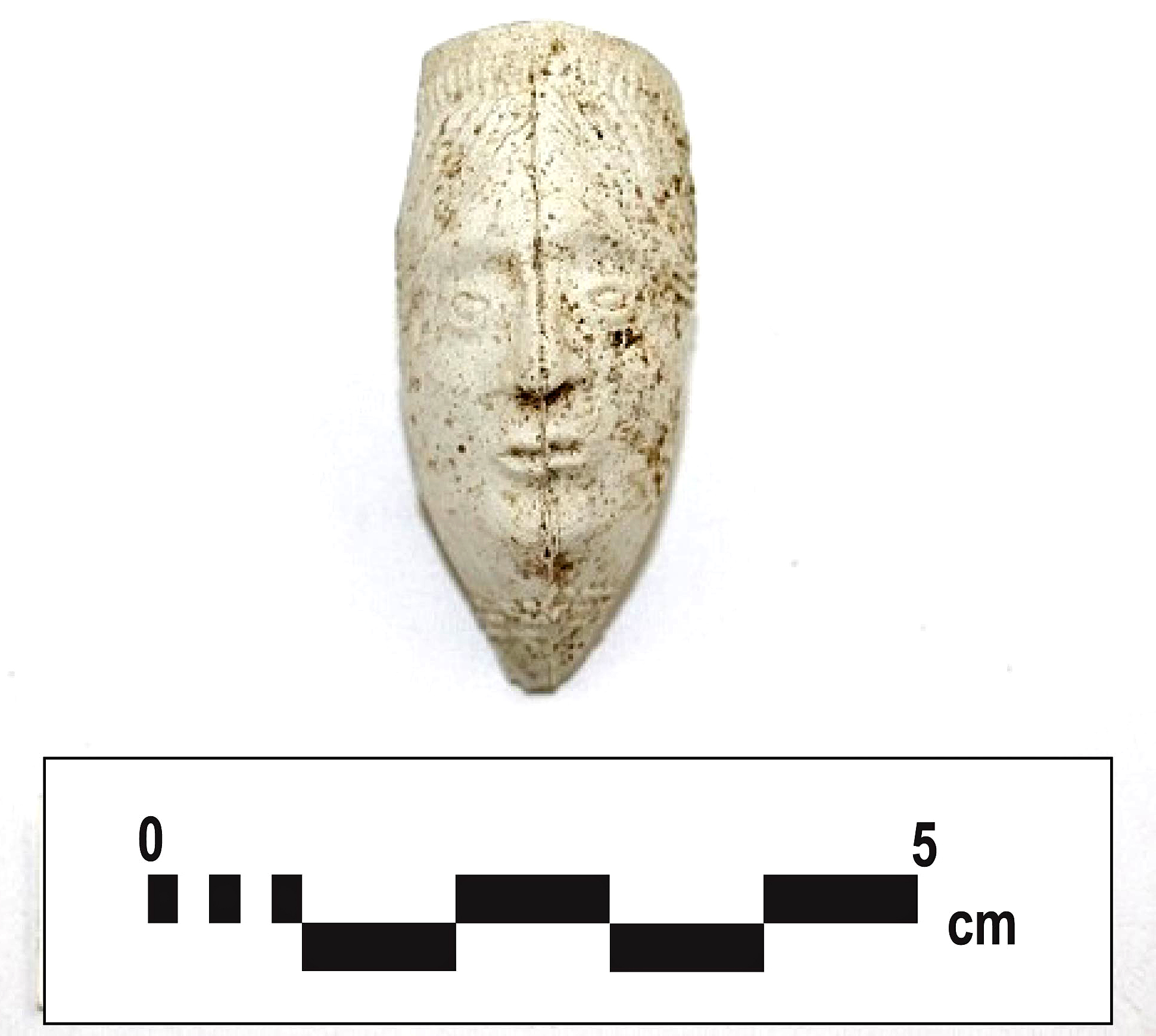 General Hospital site, home of the city’s first purpose-built hospital, which operated at King and John streets between 1829 and 1854. The hospital was set up to serve those in the local community, particularly immigrants, who could not afford medical care in the family home, which is where most doctors practiced their profession in the nineteenth century.

Pipe manufacturers often produced unique pipe motifs that would appeal to the “patriotic sentiments of smokers” (Kenyon 1987). Although it is a fragment, you can clearly see in the front of the pipe bowl that the image is Queen Victoria. This pipe would have been used by someone who was pro-monarchy and supportive of Her Majesty’s policies in Canada.

4 Jet and black glass buttons became the height of fashion in 1861 after the death of Prince Albert, the consort of Queen Victoria. Victoria was deeply affected by her husband’s death and began an extended period of mourning, including the extensive adoption of black accessories and clothing. This practice was quickly adopted by the British populace.

The items to the left are black glass buttons made to resemble the more expensive jet buttons worn by Victoria and the British upper class. Many such buttons were popular on men’s waistcoats as well as women’s clothes (Lindbergh 1999:54-55).These buttons were discovered at the nineteenth century site of the Bishop’s Block in downtown Toronto (now the site of the Shangri-La hotel). The range of styles shown here is indicative of the variety available during the later Victorian era.

5 Our last item of the series is a black “Jet Ware” teapot, also from the 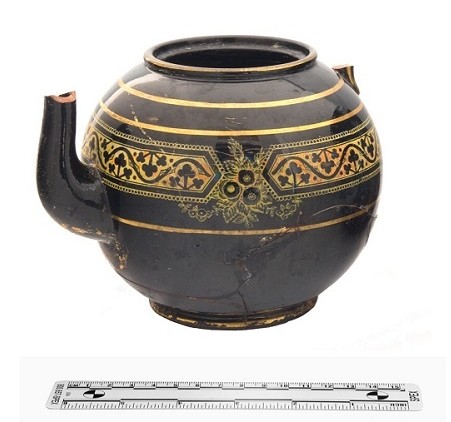 Bishop’s Block site. In response to the popularity of Jackfield-type ceramics (refined red earthenware vessels with shiny black glaze), several manufacturers began to produce similar, black-glazed vessels. These were less finely made and cheaper. Godden (1991:108) notes that “Jet was particularly associated with inexpensive teapots made in the approximate period 1875-1910.” Although the manufacture of true Jackfield had largely ceased by the nineteenth century, Queen Victoria’s 40-year mourning period created a resurgence in the popularity of similar black-glazed vessels.