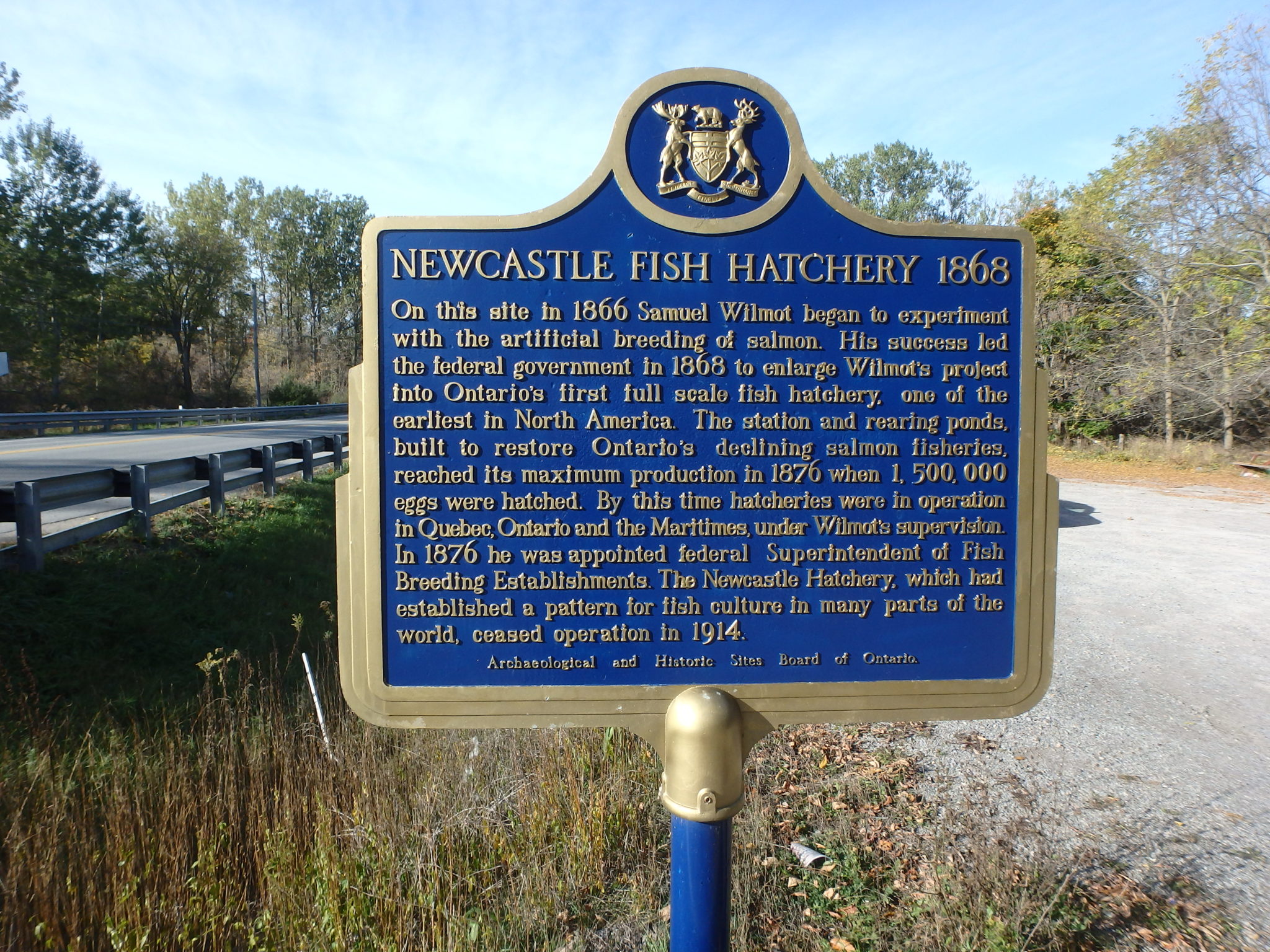 gold plaques can be seen across the province.

Nestled between a GO transit commuter parking lot and the expanding town of Newcastle, a sign announces the location of Ontario’s first full-scale fish hatchery.

Wilmot Creek has long been considered one of the best fishing creeks in Ontario. Samuel Wilmot lived beside the creek and in the 1860s he started to experiment with the artificial breeding of salmon. His goal was to restore the Atlantic salmon population in Lake Ontario, which had significantly depleted since the arrival of European and American settlers in the late 18th century. However, by the mid-19th century, land clearing and damming of the creek for mills had diminished the salmon runs in Wilmot Creek; a trend that was occurring across the province.

His operation began in his basement where he built large wooden troughs and piped water from a spring in to simulate natural stream conditions. After his initial success, the federal government enlarged his project in 1868 into Ontario’s first full-scale fish hatchery, one of the earliest in North America. Wilmot was also appointed to the Department of Marine and Fisheries as a fishery overseer with special responsibility for operating the hatchery. The project was to restore Ontario’s declining salmon populations. In 1876, Wilmot was made superintendent of fish culture and was responsible the construction and management of a system of 15 hatcheries across Canada. The salmon runs decreased in Wilmot Creek after 1879 and the fish hatchery closed in 1914.

Today, efforts are underway to protect and enhance the biological integrity of the Wilmot Creek aquatic ecosystem and rehabilitate degraded fish communities and fish habitat, for self-sustaining native stocks of brook trout and Atlantic salmon. 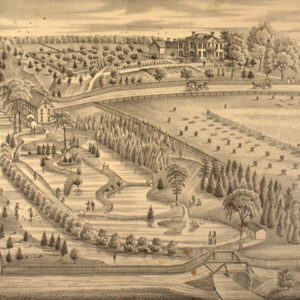 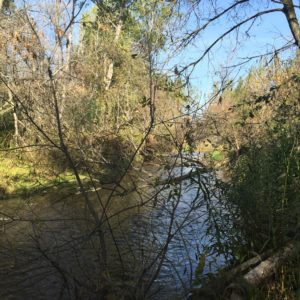 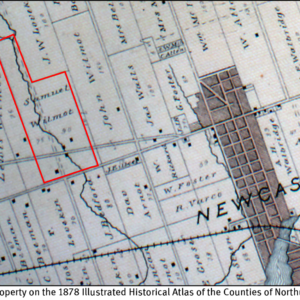