Lisa has turned her passion for exploring the outdoors into a  successful and varied career in Ontario archaeology. She has been a practicing archaeologist since 1996, started her own consulting company in 2003, joined ASI in 2008, and became a part of our new Partnership team in 2016! When Lisa isn’t hard at work managing complex projects, she is spending time with her family and enjoying nature at her beloved cottage on Sturgeon Lake. 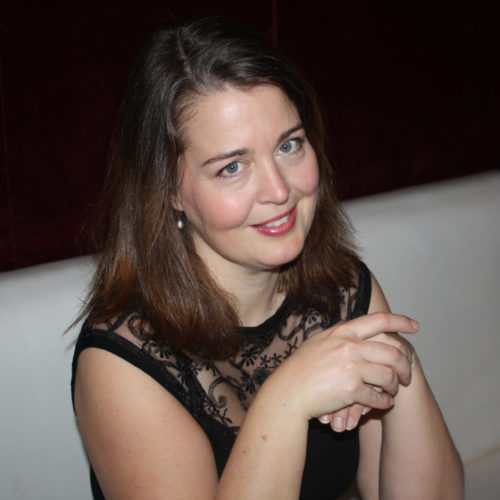 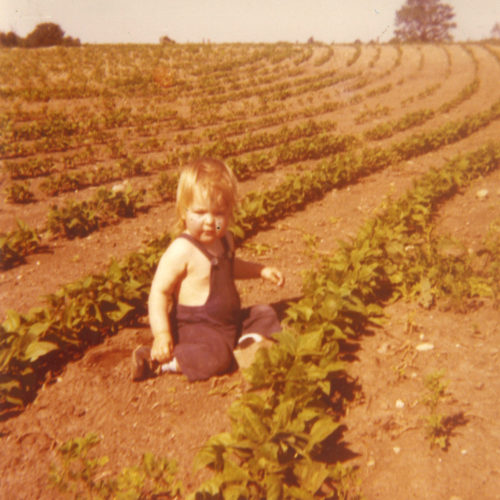 [p]Lisa Merritt today, and as a young child already excited about what she could find in the dirt![/p]

My mother would say that as soon as I could walk I have been “out in the fields”. I have always loved exploring the outdoors and some of my earliest memories are looking out through the back window of my parent’s car watching the countryside fly past, wondering what I would discover in those fields and woods if I could just get out of the car. But it wasn’t until my professor in second year told me “Lisa you don’t have to go abroad to do archaeology. There are real jobs for archaeologists in your own backyard,” that my path became clear. After a field school at the Seed- Barker site and a full-time field tech job out of undergrad – I was on my way.

I completed my undergrad at York University and then after a few years of field experience under my belt, I enrolled in an MSc program in Anthropology at the University of Toronto, focusing on Ontario Archaeology with Prof. Marti Latta.

Hmm something similar I think, like a wildlife biologist or ecologist, outdoors identifying and inventorying Ontario’s natural heritage.

Stumped by this question I made the mistake of asking my 14 year old daughter Ava and husband Alan what they thought: “You are like that big chunk of chert on the bookshelf.” “What?” I asked. “You are our rock mom…” “Aww thanks honey.” “Oh ya and because you are kinda sturdy….” Ouch, the truth hurts but okay I guess I’ll take that.

Before I joined ASI I ran my own company for a few years and took on several jobs when Ava was still an infant. Doing a pedestrian survey with an eight month old on my back stands out. But I think my favourite memory is of the weeks I worked on the Jones site in Midland – a contract I was half-overjoyed half-terrified to take – worried as I was about supervising, digging and tending to my five month old. There was poison ivy everywhere and the mosquitos were bad, but Ava mostly cooperated, hanging out beside us in her infant bug tent while I tried to keep up with my faithful crew in between feedings and naps.

Poison Ivy!! The worst. Early in my career, during a test pit survey after a few frosts, I happened to pick and squeeze a white berry from a leafless plant – I still shake my head at that decision… worst case I have ever had.

really don’t get out to site much anymore – stuck in the old office chair most of the time. But I used to absolutely love walking through the woods, hugging the odd tree when no one was looking.

go to my beloved family cottage on Sturgeon Lake. My great grandparents moved an abandoned log cabin constructed in the 1850s to the lakefront. Its a magical place for me.

hmm I think I am in motto- transition. I used to often hear my paternal grandmother’s voice re-assuring me “You can’t be all things, dear.” But more often these days I can identify with “The more you do, the more you can do” – a motto I used to roll my eyes at!

Machu Pichu. A trip there on my honeymoon took my breath away – the scale, the isolation, the landscape, amazing!