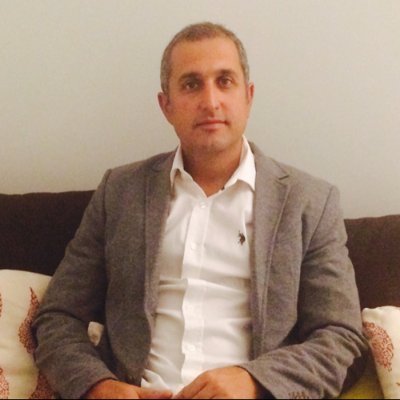 Poorya, one of our field archaeologists working out of the Toronto office.

He brings a fresh perspective to ASI with his strong academic background in Near Eastern archaeology. When he’s not impressing us with his knowledge of bronze artifacts from the first millennium BCE, he likes to spend time with his family and travel the world. Oh, and he once relocated an Iron Age burial!

I received a Bachelor’s degree in Chemical Engineering, and a Master’s in the Restoration of Historical and Cultural Artifacts. I then continued my academic path in Archaeology with a PhD from the Islamic Azad University, Science and Research Branch, Tehran, Iran. My PhD research was focused on archaeometric analyses on Urartian bronze artifacts, where I conducted different analyses on items from the first millennium B.C.E.

I have more than seven years of academic background as faculty member, vice-dean and dean in the Department of Archaeology at Islamic Azad University, Varamin-Pishva Branch. I have diverse experience doing field archaeology in Iran, which I have applied to my fieldwork in Southern Ontario since my immigration to Canada.

Darius I (550-486 B.C.E), the third king of the Persian Achaemenid Empire. In contrast to most kings at the time, he unified his empire through administrative structures, including instituting a common language, money and infrastructure.

An Oldowan chopper, the oldest known stone tool. Some of them are 2.5 million years old!

In 2012, we successfully relocated an Iron Age burial from Chaltasian, in the central plateau of Iran, back to the Islamic Azad University Museum in Varamin-Pishva.

…I try my best to learn as much as possible from my colleagues.

…travel around the world.

…family is my first priority.

If I could go back in time and excavate/explore any site/building in the world, I would choose…

…Çatalhöyük, an immense Neolithic proto-city in Turkey. It is the largest and best preserved Neolithic site that has ever been discovered.