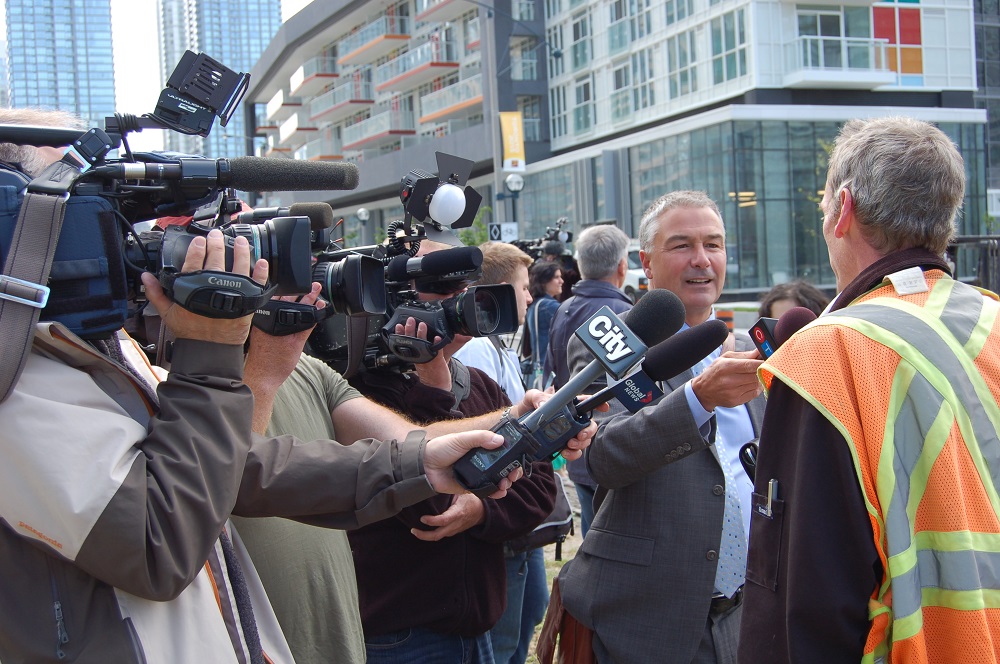 The schooner discovered by ASI during Concord Adex development work at Bathurst and Fort York Boulevard downtown Toronto was successfully relocated to Fort York National Historic Site. The early-nineteenth-century vessel was lifted from its location on site and secured onto a truck where it was then driven to the museum’s front entrance. Fort York will provide security and maintainence for the schooner while it remains there and ASI couldn’t be more proud of the work done to ensure its protection.

[quote title=”Schooner move on June 4, 2015″ Text=”The June 4th relocation of the Block 37 ship to Fort York National Historic Site was a resounding success. Huge thanks are due to Concord Adex (Concord CityPlace) for recognizing the importance of the ship as a reminder of our city’s history as a port and making the move happen. Likewise thanks go the staff of EllisDon Corporation and Amherst Crane and Concrete Pumping. They made it work. Their care and professionalism was exemplary. It was a very tricky job. We all held our breath as the ship became airborne, but it was flawless. The ship will be an important part of the landscape and programming at Fort York for years to come. Everyone involved in this project should be proud of what happened yesterday.” name=”David Robertson” name_sub=”ASI Senior Archaeologist”]

Watch CBC footage of the move below:

Read about the move in CityNews, BlogTO, CBC, and CTV.

Visit our Facebook album to see photos of the ship relocation.