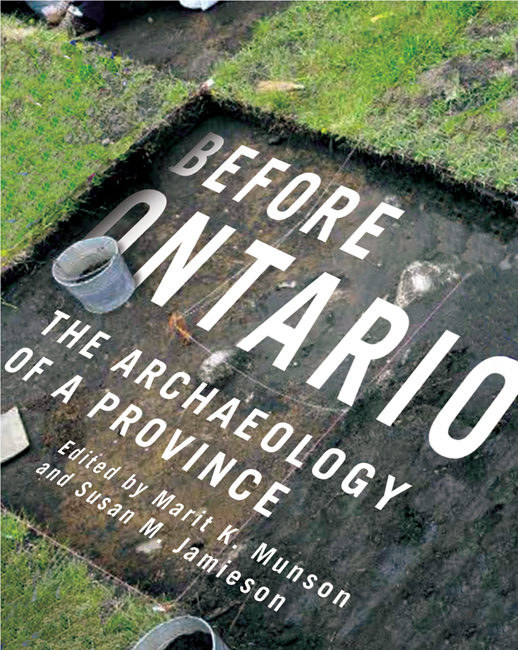 From the publisher, McGill-Queen’s University Press: Before Ontario there was ice. As the last ice age came to an end, land began to emerge from the melting glaciers. With time, plants and animals moved into the new landscape and people followed. For almost 15,000 years, the land that is now Ontario has provided a home for their descendants: hundreds of generations of First Peoples.

With contributions from the province’s leading archaeologists, Before Ontario provides both an outline of Ontario’s ancient past and an easy to understand explanation of how archaeology works. The authors show how archaeologists are able to study items as diverse as fish bones, flakes of stone, and stains in the soil to reconstruct the events and places of a distant past – fishing parties, long-distance trade, and houses built to withstand frigid winters.

Presenting new insights into archaeology’s purpose and practice, Before Ontario bridges the gap between the modern world and a past that can seem distant and unfamiliar, but is not beyond our reach.

Before Ontario: The Archaeology of a Province, edited by Marit K. Munson and Susan M. Jamieson, is now available from McGill-Queen’s University Press.